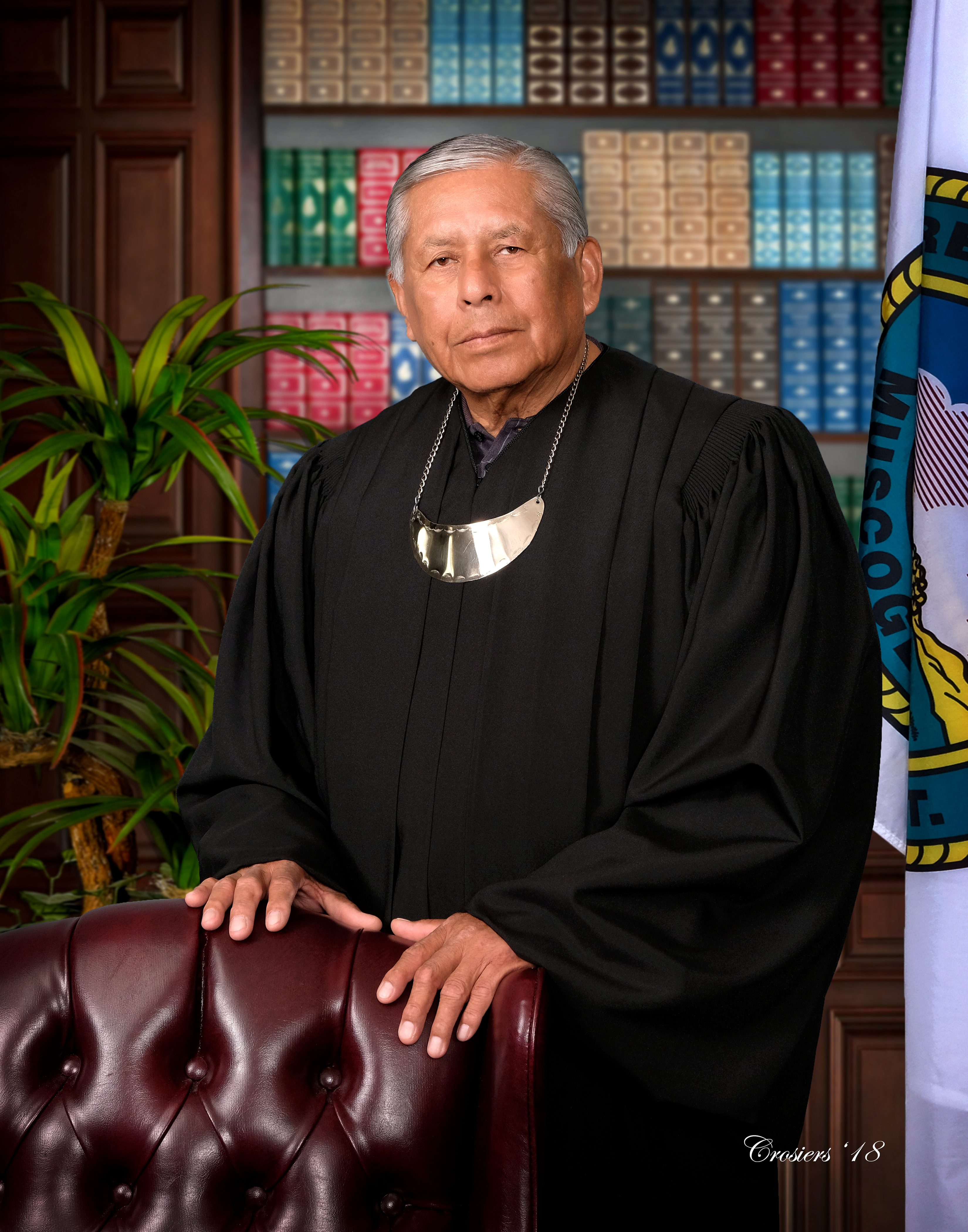 Vice-Chief Justice McNac has served as special counselor for the District Court in hearings concerning a tribal town dispute, which was conducted in our native language. He has been active in Indian causes, Indian tradition and Indian justice. He has supported the rights of the native people to use the religious symbols and to practice and participate in traditional ceremonies and rituals. He was an active participant in the Harjo v. Kleppe Civil Action 74-189, 420 F. Supp. 110 (D.D.C. 1976) lawsuit and was instrumental in the development of the 1979 Constitution, including an explanation of the Constitution to traditional citizens in Mvskoke throughout the Nation.